The British-Bulgarian Society is a voluntary non-political organization which for more than sixty years has worked to promote greater knowledge and understanding between the two countries.

The Executive Committee has decided that, apart from this website, an additional online presence is important and we have established a Facebook Page and News Feed. There will no longer be a subscription, so by becoming a Facebook friend you are effectively a member of the Society.

The British-Bulgarian Society's programme of special interest tours, which focus on birdwatching and natural history, produces an income which is given away to a variety of conservation and educational causes.

Since 2000 our tours have produced over £15,000 in donations to the Bulgarian Society for the Protection of Birds

Green Balkans is another Bulgarian NGO which we have assisted with donations for an information board at Belozem, an exhibition, notice boards and information leaflets at Matochina, and a meteorological station at their visitor centre at Pomorie. This is part of a research project about the environmental managment and conservation of coastal lagoons. We have also provided Pomorie with a microscope enabling visitors to see the otherwise invisible teeming life in water from the lake. Most recently we have made a donation towards the building of artificial nesting sites for Shelducks. Read more

As Green Balkans' partners now for several years, the British-Bulgarian Society supported the installation of nest boxes to be used by the Lesser Kestrels within "Lesser Kestrel Recovery" LIFE11 NAT/BG/360 project.

Through the donation provided by the British-Bulgarian Society, and with the assistance of climbers, 26 under-roof nest boxes have been mounted. The nest boxes are installed right under the roof construction. Small tunnels connect the nest chambers to the entrances of the nest boxes formed on the surface of the roof tiles. This type of nest boxes was developed in conformity with the methodology of the Spanish organization DEMA – a partner within this project, providing suitable and safe breeding conditions for Lesser Kestrels. On the other hand, the construction of the nest boxes provides Green Balkans' team with easy access to the nesting chambers, enabling the implementation of manipulations, supplementary feeding, monitoring of the breeding success, etc. So far, a total of 76 nest boxes of different types have been installed in the area of the Lesser Kestrel Release and Adaptation Module in Sakar by the team of Green Balkans and "Lesser Kestrel Recovery" LIFE11 NAT/BG/360 project funded by the EU's LIFE program. During the breeding season of 2015, 9 of these nest boxes were used by Lesser Kestrels. Also, some of the nest boxes were occupied by other bird species, such as Little Owls and Willow (or Spanish) Sparrows.

We have also purchased two telescopes for the use of staff and visitors at Pomorie Visitor Centre.

For 2018 our contribution will go towards the construction of rafts or wooden islands on Pomorie Lake, safe refuges for nesting birds.


In the period 6-10 September, Green Balkans NGO held the traditional Pomorie Lake conservation holiday. 10 volunteers from the whole of Bulgaria participated and were additionally supported by 10 volunteers who joined at the weekend for cleaning and maintaining Pomorie Lake visitor centre.

During the conservation holiday, the main activity of the volunteers was the creation of a new nesting platform in one of the saltpans of Pomorie saltworks. The platform is wooden and covered with mud, pebbles and shells from the lagoon's bottom. This design has proved highly successful in previous years when 2 platforms of this type were created in the southwestern basins of the lagoon. These were occupied by nesting Common Terns in the first year, and Little Terns and Avocets joined them in the second. The selected site hosted a small Common Tern colony about 10 years ago, that has left and occupied better facilities (platforms and islets) created in other parts of the lagoon. However with increased pressure from human disturbance (mainly by kite-surfers) these other sites are getting vulnerable and the selected location for our new platform is in a safe haven.

In addition, the volunteers have taken measures for the maintenance of the large bird islet in the centre of the lagoon that is the main breeding site for a number of important species at the national level. Vegetation was removed from part of the islet to ensure a mixed breeding habitat for different bird species – waders, terns and ducks.

See the beauty of Pomorie Lake in the film below.

Our most recent project, opened on 13th July 2018, in Knyazheska Gradina, Sofia, was the provision of 4 information boards about the trees in the park, and 21 tree labels, pointing out old and/or interesting species. 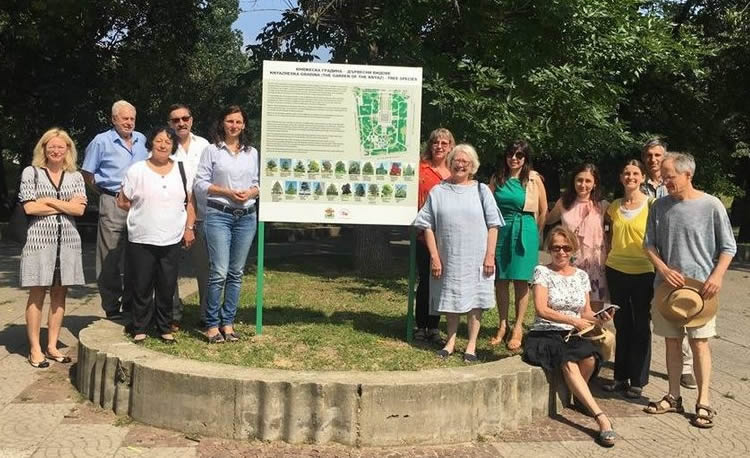 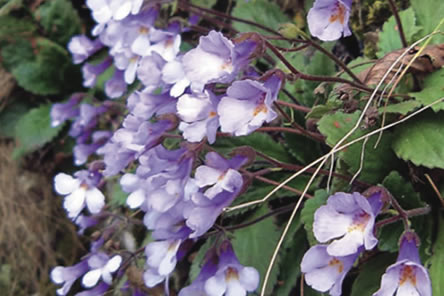 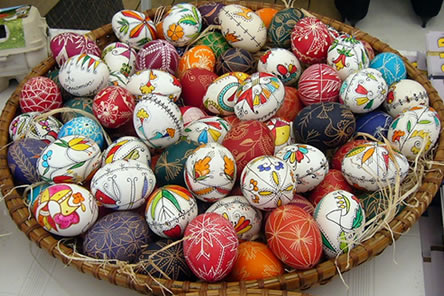 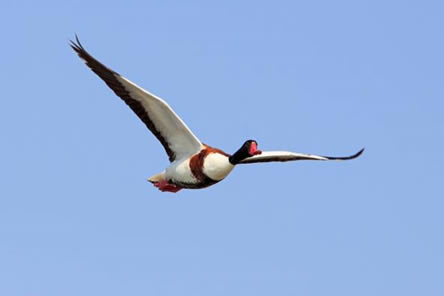